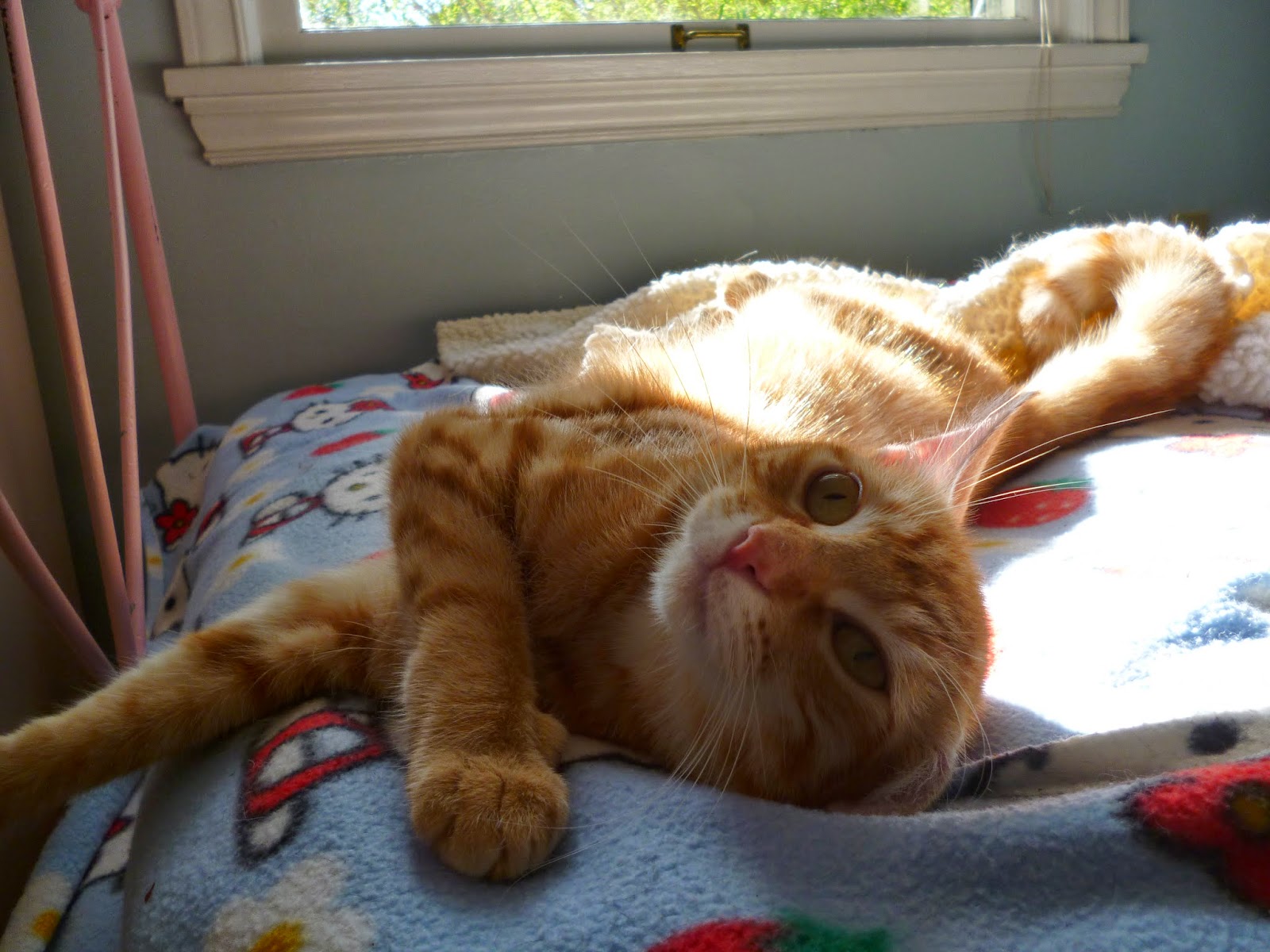 Ten month old kittens Scarlett and her sister recently spent a weekend in my guest room until their intake appointment at the Humane Society of Seattle/King County on Monday. They were acquired through a neighbor with an "accidental" litter from their cat outside of the Seattle area. The people who "adopted" the kittens apparently didn't ponder the cost of caring for two new family members and these girls never got spayed or vaccinated. Fortunately they were kept inside so they didn't end up pregnant teenagers and the people realized they were not capable of providing a good home and began to ask around for help. A kind woman who knew me as a cat person reached out on their behalf and acted as the liaison to get these kittens out of a bad situation. These lucky girls will likely be in their new home or homes by next weekend!

The same week I was asked about what to do about a cat who had been treated for urinary tract infections but continued to inappropriately urinate around the house. The veterinarian dispensed drugs, the infection cleared, yet he or she couldn't offer much help with the resulting behavioral disturbances. There are many possible reasons the kitty continued to pee outside his box and there are many things worth trying to get kitty back on the road to being a tidy box user. It can require a lot of patience and shifting things in the house, maybe even anti-anxiety drugs for a short stretch. A litter box in the living room might not be attractive but it may be necessary and temporary in retraining a cat to use it and not the couch. There are numerous online resources that cost nothing but one's time if a certified behaviorists who specialize in exactly this sort of problem is not in the budget at this time. I've included such a resource below:

http://site.americanhumane.org/kathy-kitty-club/index.html
Bringing home kittens should not an impulse decision and "getting rid" of peeing cats really isn't an option when they are a family member. Companion kitties are dependent on us to act in their best interest and be responsible, compassionate humans with well developed problem solving skills.