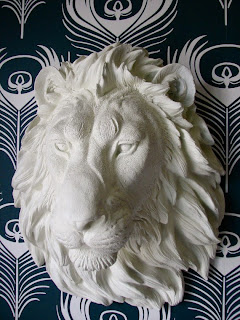 Good news is the fight to stop the killing of endangered and threatened species - An animal advocate and Delta frequent flier has started a petition asking the airline to ban all big game hunting "trophies" (dead animal carcasses and parts!) on their flights from Africa. South Africa Airways has already implemented a similar ban. Reducing the chances of smuggled illegal cargo, such as ivory from murdered elephants, is also a plus to such a ban.

Wildlife viewing safaris are more lucrative and obviously far more sustainable than allowing wealthy hunters to pay for the privilege of killing animals simply for the sake of their inflated ego. As more people become aware of the plight of wildlife due to trophy hunting, poaching, and destruction/reduction of their habitat, tourists will hopefully choose to shoot photographs and not weapons. If you like the look of wildlife in your living room, check out all the fabulous faux animal heads crafted to be completely cruelty-free (and much less expensive than a run to Africa).